For all the difficult relations the U.S. has with Iran, the two countries share many ties, including millions of Iranian-Americans. Ryan Seacrest and Bravo make them the focus of a new reality show, called the "Shahs of Sunset." It examines the lavish lifestyles of some in Southern California's Iranian-American community. NPR's Amy Walters reports.

AMY WALTERS, BYLINE: One of the privileges of being on reality TV means you get to dictate the image of your community, for better or often for worse - Italians-Americans partying in New Jersey; housewives from wherever; and now, Persian-Americans from Beverly Hills.

UNIDENTIFIED WOMAN #2: Image is everything in our community. For example, I might spend more money on my handbag than I do on my rent because more people are going to see my purse than they will my crib.

FRANCES BERWICK: They lead aspirational lifestyles. They live in nice houses. And they're kind of the Bravo bull's-eye, in many respects.

ASA SOLTAN RAHMATI: Persians call L.A. Tehrangeles because L.A. has the largest population of Persians outside of Iran. That's huge.

WALTERS: In 1979, the Iranian revolution ended the Shah's reign. Many successful Iranians feared persecution by the new Islamic regime, and their once-tiny community in Southern California grew. The "Shahs of Sunset" tells the story of their children.

AVID BOUSTANI: What they show in the show is not representative of the majority of the Iranian-American populace, especially the next generation.

WALTERS: Avid Boustani's in his 30s, with degrees from MIT and Berkeley. He joins many Iranian-Americans criticizing the show.

BOUSTANI: I believe one of them said, we own all the land - or all the buildings.

UNIDENTIFIED MAN: We don't work in buildings; we own them.

BOUSTANI: Who with the right intelligence says something like that?

WALTERS: They say it on "Shahs of Sunset."

Asa Soltan Rahmati is the artsy one on the show. She's heard the criticism, and responds with this Persian proverb.

RAHMATI: If the mirror shows your true face, don't break the mirror, break yourself. It's a pretty good reflection of Iranians, especially in L.A., so I don't know why everyone's tripping.

FARAHAN: If people watch the show and think I represent every Persian, they're going to think every Persian is super-fly and loves a lot of gold, but I don't.

WALTERS: Reza Farahan is dressed in designer everything, finished off with a sizable mustache. He wants to show the world a Middle Eastern man who's gay and happy.

FARAHAN: Someone said something to the effect of, why didn't they find a group of scholars or dentists or doctors? Because it would be boring.

WALTERS: Boring, the poison pill of reality TV. But the reality? Are Persian-Americans more than just super-fly? Let's ask Younes Nazarian. He arrived in Beverly Hills in 1979. Now he builds businesses, big ones. Heard of Qualcomm?

YOUNES NAZARIAN: We had students, engineers and doctors; and factories and companies - the head of them or second person, third person is Iranian.

WALTERS: It's a fact. Iranian-Americans make more money than the average American. They're also better educated. As for religion, the majority are divided between Islam - and not practicing any religion. Others are Jewish, Christian, Zoroastrian and Baha'ai. Cultural heritage is important to this community. Siamak Gharhemani created the first Iranian film festival, here in Los Angeles.

SIAMAK GHARHEMANI: At the end of the day, it's great that we're living in a country what - allows us to be whatever we want to be, even if it's something that majority of our community is not going to like. But at least I'm not afraid of being imprisoned, being killed or being punished.

WALTERS: The "Shahs of Sunset" airs Sundays on Bravo. 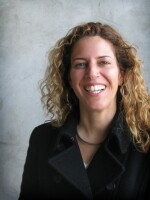 Amy Walters
Amy Walters is a producer for NPR based at NPR West in Los Angeles.
See stories by Amy Walters