Let's turn now to the renewed debate over gun safety. Now - Detroit engineer is starting to market a device that requires fingerprint identification to unlock a gun's trigger. As Stan Jastrzebski of member station WBAA reports, the inventor is an NRA member who is more than a little wary of entering the national gun debate.

STAN JASTRZEBSKI, BYLINE: For startups considering entering the munitions market, there are many costs - not just those associated with building and marketing a product, but also social and psychological costs of wading into a fractious national gun debate.

OMER KIYANI: So as a teenager I have faced gun violence myself. Yes, I was - I really don't like talking about this.

JASTRZEBSKI: Just a few years before graduating with a Purdue University engineering degree, Omer Kiyani was struck in the face by an errant bullet as he was riding in a car with some friends.

KIYANI: So what I've done is I've used that and put it positively. And I've applied it to my life and used it as passion to develop a very elegant product.

JASTRZEBSKI: That product Identilock is a trigger lock with a fingerprint scanner on the side much like what's on many cellphones today. Speaking by Skype, Kiyani says it's important to have that scanner unlock a gun just as quickly as someone unlocks a phone.

KIYANI: I benchmarked the iPhone, and based on customer feedback we've met or exceeded it.

JASTRZEBSKI: Kiyani says he's just an engineer trying to solve a problem, not an activist attempting to make a statement about gun safety. But his product may still irk some gun owners.

JIM LUCAS: I would be absolutely, positively, 100 percent against it.

JASTRZEBSKI: Jim Lucas serves in the Indiana House of Representatives and is a member of the NRA. He worries Identilock could fail at a critical time.

LUCAS: I'm thinking of an iPhone right now with a print reader. You know, you've got to have your finger on that thing just right for it to work.

JASTRZEBSKI: Stephen Teret, who directs the Johns Hopkins Center for Gun Policy and Research, was on a panel that awarded Kiyani seed money to help develop his invention. He says it's not the same as when gun-maker Smith & Wesson tried to build so-called smart gun technology directly into its firearms and was rebuffed by the NRA and other groups.

STEPHEN TERET: Mr. Kiyani's project may ultimately take us over that bridge to the world of smart guns.

TERET: Tim Peoples agrees. He coaches entrepreneur at the Purdue Foundry, a business incubator, and has consulted with weapons technology companies. He says despite the raging national debate, Kiyani's business might succeed because many gun owners are drawn to the newest gadgets.

TIM PEOPLES: Weapons owners are interested in the next high-tech solution to a problem.

JASTRZEBSKI: State Rep. Jim Lucas says, while that may be true for his fellow gun owners, it won't sway him.

LUCAS: Like so many other things, it looks good on paper and sounds good. But in a real-world application, I just - I wouldn't mess with it personally.

KIYANI: Kiyani's background is in engineering software delineating a bump in the road from a crash requiring an airbags split-second deployment. Some gun advocates have complained that trigger locks are intrinsically too slow and that fractions of a second count in life or death situations. Kiyani says when he hears those concerns, he often thinks about the safety of his kids.

JASTRZEBSKI: And its safety that Kiyani says is paramount in his product, which he hopes to have on the market this year. For NPR News, I'm Stan Jastrzebski. Transcript provided by NPR, Copyright NPR. 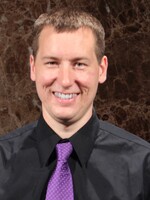