After Supreme Court Punts On Gerrymandering, Democrats Make It A Campaign Issue

On a recent scorching afternoon in Austin, Texas, Democrat Justin Nelson held a bar crawl in three bars within just a few blocks of each other — and each of those three different bars were in three different congressional districts.

"Even in this baking hot Austin sun, you can walk these three blocks without even being totally drenched in sweat, because these districts are so close," said Nelson, who is campaigning to replace the state's Republican attorney general, Ken Paxton, in November.

Nelson is holding similar events in cities throughout the state to illustrate how Republican lawmakers in Texas drew district lines in a way that he claims dilutes the voting power of Democrats.

The way political maps are drawn is becoming a campaign issue for Democrats around the country. This follows the U.S. Supreme Court's decision this term to not weigh in on whether it's constitutional for political parties to draw political districts in a way that favors one party over another.

In reliably-liberal Austin, there are currently six different congressional districts that divvy up different parts of the city. However, only one of those districts is actually held by a Democrat.

The Texas Democratic Party challenged state lawmakers in court over the political boundaries they drew in 2011. The party says the Republican-led legislature drew up lines that favor Republicans and hurt Democrats, a practice known as partisan gerrymandering.

However, the U.S. Supreme Court decided this year that it won't hear that case. The high court instead decided to hear a racial gerrymandering case brought by Texas voters. That case alleged state lawmakers drew lines that hurt the state's Latino and black voters. However, this summer, the court ruled mostly in favor of Texas lawmakers in that case.

Nelson said he decided to run on this issue because Republicans drew those lines to hurt Democrats.

"No sane person would ever intentionally draw districts like this unless it was designed for a purpose," he said. "And the purpose of these districts is to discriminate."

Paxton has supported and defended Texas maps and has said it's OK for political parties to draw political maps in their favor.

While a Democrat hasn't been Texas' attorney general since the 1990s, Nelson would be in a unique position to weigh in on political maps after a new round of redistricting in 2020.

Texas' attorney general sits on the state's Legislative Redistricting Board and can be called upon to issue legal opinions on new voting maps.

Garcia said if voters elect more Democrats to the state legislature and statewide positions, maps could be more fair the next time lawmakers redraw them.

"There's a fierce urgency of now — to talk about this issue now and get prepared for when the census is done down the road and when the next redistricting cycle happens after 2021," Garcia said.

Do voters care enough about gerrymandering?

Democrats around the country are mobilizing around the issue of gerrymandering, as well. But whether it's enough to excite voters who often sit out midterm elections is another question.

Jim Henson with the Texas Politics Project has done polling on the issue of redistricting for years. He said Democrats are increasingly concerned about gerrymandering, but the issue doesn't mobilize them like health care and others do.

"I think if you are a Democratic going to mobilize non-habitual voters on the Democratic side, there are buttons you are going to try to push far before you push something that is relatively technical like redistricting," Henson said.

However, Democratic voters, Henson said, are becoming more politically aware of measures they say are aimed at suppressing Democratic votes — and that includes things like the Texas voter ID law.

"Because of the way politics have evolved in the state over the last couple of decades," Henson said, "all of these voting and election related issues have become more salient and more partisan, particularly for Democrats."

And this is an issue that voters in other parts of the country will be weighing in on directly.

Ahead of the 2020 Census, measures on ballots in Michigan, Colorado and Utah are aimed at reforming redistricting.

Groups in Missouri, Oklahoma and Arkansas are currently gathering signatures in the hopes of getting similar measure on their states' ballots.

Just this past May, Ohio voters passed a ballot proposal requiring bipartisan cooperation in the legislature's map drawing process for congressional districts.

Ashley Lopez
Ashley Lopez is a reporter forWGCUNews. A native of Miami, she graduated from the University of North Carolina at Chapel Hill with a journalism degree.
See stories by Ashley Lopez 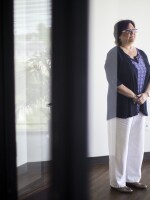 Ashley Lopez
Ashley Lopez joined KUT in January 2016. She covers politics and health care, and is part of the NPR-Kaiser Health News reporting collaborative. Previously she worked as a reporter at public radio stations in Louisville, Ky.; Miami and Fort Myers, Fla., where she won a National Edward R. Murrow Award.