Tune in to FM Odyssey this Sunday at 10:00 am.  Fred Migliore will be giving away FM Odyssey T-shirts during our Fall Fund Drive.  We can't keep bringing you great original radio like FM Odyssey without your support. 89.5 on your FM dial and streaming live at WFIT.org. 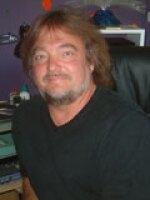 Fred Migliore
His radio career began in 1991 with Another Unconventional Sunday Morning (AUSM), a three-hour innovative show blending esoteric folk/rock with new and emerging singer/songwriters. The show still airs on WFIT – a public radio station in Melbourne, Florida – and was nationally syndicated in 1998 as FM Odyssey. The premier special “A Tribute to Laura Nyro” aired on 90 stations across the country. His audience has grown steadily ever since with further career retrospective interviews with legends such as Judy Collins, David Crosby, and Denny Doherty (Mamas and Papas).
See stories by Fred Migliore
Related Content