Hosted by the Friends of Sebastian Inlet State Park, the concert will showcase recording artist Rod MacDonald.  Rod MacDonald is a folk singer and songwriter, novelist, and educator.  Since the mid-seventies he has released 11 solo recordings in the United States, 8 in Europe, and 21 songs with Smithsonian Folkways.  In 2006, he became an instructor for the Florida Atlantic University, hosting the lecture and performance series "Music Americana", where he was awarded the Distinguished Faculty Award in 2012.  Rod MacDonald has been named one of the "Ten Greatest South Florida Folksingers of All Time."  His CD “Later that Night" reached the top ten in national folk music charts in 2014.  As part of the band called Big Brass Bed, they were named the "Best Folk Band" in 2016 in Palm Beach County.  The content of Rod MacDonald’s songs covers political and social events.  His songs possess words that go straight into your heart and soul.

The concert will take place at the pavilions on Coconut Point, located on the south side of Sebastian Inlet, 9700 South A1A, Melbourne Beach, Florida. The concert is free with regular park admission. 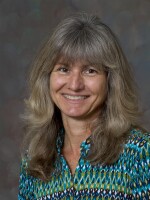