The GOP And Taxes: In The States, It Can Get Complicated

By Kyle Stokes
When Republican Mike Pence replaced Mitch Daniels as governor of Indiana this month, he wasted no time setting out to establish his conservative fiscal bona fides. Pence, who made a name for himself in the U.S. House as a social conservative, rolled out a proposal to cut Indiana's state income tax rate by 10 percent over the next two years. He joined Louisiana's Bobby Jindal, Wisconsin's Scott Walker, Nebraska's Dave Heineman and other Republican governors in pushing for state income tax cuts.

But it may be harder than Pence expected. Prominent Republican lawmakers in Indiana are lukewarm at best on the new governor's tax cut plan, preferring to replenish funding to programs the recession forced them to cut and shore up Indiana's budget for the long haul.

"I was here in 1998 when we had a $2 billion surplus," Indiana House Speaker Brian Bosma told reporters last week. "I was here and became speaker in 2004 when we were $1.4 billion in the red. This isn't a two-year budget cycle concern. This is a long-term sustainability issue for the state of Indiana."

Indiana isn't the only state where Republicans are debating what tax cuts should look like. In Iowa, Republican Gov. Terry Branstad wants to use a nearly $1 billion budget surplus to fund a cut in commercial property taxes and increase funding for schools. However, Republican leaders in the House and Senate would rather give all 2.1 million Iowa taxpayers a one-time tax credit of $375. Republicans control the House in Iowa, but Democrats have the Senate.

In Indiana, Bosma and some other Republican legislative leaders would rather return the budget surplus to the state's public schools. In the depths of the recession, Daniels cut $300 million from Indiana's K-12 budget. It was a choice many states made during the recession, often reluctantly.

Now, state revenues have crept back to pre-recession levels in Indiana and 24 other states, the National Conference of State Legislatures reports. Ten other states aren't far behind. So while Washington debates what programs to cut to balance the federal budget, many states are in a position to restore funding for programs they'd cut previously.

The debate is over how much money to restore — and to what programs. Pence's budget would increase K-12 funding by $137 million over the next two years, boosting funding for Indiana's new full-day kindergarten program.

But some Indiana Democrats say Pence's increase doesn't restore all of the education dollars Daniels cut in 2009. And Bosma says he'd prefer to restore even more money to public schools, although he declines to say how much.

"We were around for the cuts in that regard," Bosma says, "so we indicated we would seek to strategically restore those where we could. We will probably invest more in that direction."

Bosma also doesn't like Pence's idea of holding back on transportation or infrastructure spending unless the state's budget reserves exceed a certain amount.

Pence counters that there's enough money in the bank for modest increases in K-12 funding and his tax cut, too. He says his plan would still leave Indiana's budget in the black for the next two fiscal years.

"Government should only collect what it needs," Pence said in his State of the State address Tuesday. "When government collects more than it needs, it should return that money to the hardworking taxpayers who earned it in the first place."

While Bosma says he's not convinced that would be the best thing for the state's long-term fiscal health, he says his lines of communication with the governor's office are open.

Kyle Stokes is a reporter for StateImpact Indiana . StateImpact is a collaboration between NPR and member stations examining the effect of state policy on people's lives. 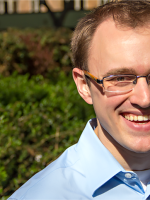