VIDEO: 4 Ways That Wild Edibles, Including Insects, Will Wow You

The first insect that Pascal Baudar ever tried eating was an ant he found in his kitchen. The verdict? "It tasted like some kind of chemical," says Baudar.

Most people would have probably given up on the bug-eating experiments right there. But Baudar? He's made it part of his life's calling.

Baudar is a self-proclaimed culinary alchemist. He is perhaps the prince of wildcrafted haute cuisine: He creates visually stunning, palate-pleasing recipes using innovative cooking processes and foraged ingredients — which frequently include insects.

Born in a small town in Belgium, Baudar is now based in Los Angeles. He's collected wild foods for Michelin-starred restaurants in the city. When gathering in the wild, he focuses on non-native and invasive plants, as well as insects, so that his harvesting actually gives Mother Nature a hand. The ecological repercussions, he says, should always be on your mind when foraging: "You don't take more than 10 to 20 percent of what you find," he told NPR in 2016.

And insects are a highly sustainable source of protein. The United Nations has even urged the world to eat more of them. That's one reason why Baudar continues to explore insects' culinary potential — even when it comes to ants, whose flavor nuances he has come to know in depth since that first kitchen experiment.

"All ants are really edible; some just don't taste good," he says.

When gathering ants outdoors, Baudar looks for ones with white bottoms — because, he says, those are the ones that taste like lemon. He usually collects these ants into a plastic bag, then puts that in the freezer so the ants go to sleep. The ants add a hint of lemon to his homemade preserves, syrups, vinegars and fermented foods.

Baudar has written two books on wild edibles. In The Wildcrafting Brewer ,he shares his techniques for brewing beer and fermenting foods using wild, local ingredients found in nature. In The New Wildcrafted Cuisine ,he shares his methods and recipes involving preservation, fermentation, pickling and much more. 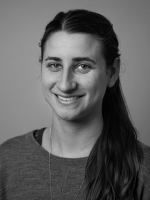