And I'm Renee Montagne. American citizen Kenneth Bae has spent nearly 10 months imprisoned in North Korea. That's longer than any other American recently held there. The U.S. special envoy for North Korean human rights issues is in Beijing for talks about his Chinese counterparts, but the State Department says there are no plans to meet with North Korean officials over the detention of Bae. But the family of the Korean-American tour operator says his situation is more urgent than ever, since he fell seriously ill in detention.

LIZ JONES, BYLINE: Two of the most important women in Kenneth Bae's life sit side by side on the couch, in a suburban home just north of Seattle.

JONES: They're flipping through some family snapshots.

JONES: That was South Korea also?

JONES: The family moved from South Korea to the U.S. in the mid-'80s. Now Kenneth and his sister are in their 40s. And Terri says their family's life right now is nothing they could have ever imagined.

CHUNG: You know, for a long time because of the sensitive nature, we couldn't really talk about it publicly. So I felt like I was just leading this double life. Starring in some third-rate spy movie or something. You don't know who to trust, who you should talk to.

JONES: Based out of China, Kenneth Bae travelled frequently to North Korea as a tour operator and Christian missionary. But in November he was arrested, then later convicted of committing hostile acts against the North Korean government. Details about his alleged crimes are still unclear.

CHUNG: All I know is that my brother is a good man. And, you know, he is religious and you know, his religious convictions may have been maybe a little overzealous, and I think that might have been deemed as being hostile against the state.

JONES: Bae's sentence is 15 years of hard labor. Every Wednesday, Terri and Myunghee get together for a call with the U.S. State Department. Officials assure them they're actively working backchannels toward Bae's release. Initially the family kept quiet about his case. They feared saying the wrong thing could worsen an already delicate situation. Their position changed after Kenneth called his mom from prison.

BAE: I had to fight with the tears but I had to ask him, what do you want me to do?

JONES: Kenneth told her he needed help from the U.S. government. The family says that's been the consistent message in his few phone calls and letters home.

CHUNG: My beloved mother. I thank you for the letter that you sent yesterday. And, you know, don't worry too much about me.

JONES: He tells her about his life at the prison labor camp.

CHUNG: I know you were worried about the sunscreen. So when I go outside I have my hat on and I have a towel around my neck for working.

BAE: He's not my son I remember. He looks totally broken.

JONES: In recent years North Korea freed Americans imprisoned there only after a visit from a prominent U.S. dignitary. For Kenneth Bae's family, life is on hold until he comes home. Myunghee spends more time alone in prayer, or on her laptop scouring Asian news sites. Terri took a leave from her job as a college instructor to raise awareness about her brother's plight.

CHUNG: I believe that the U.S. government wants to see this American home, but when it's your family member, you know, just nothing is enough until he's home.

JONES: Terri says the longer her brother's imprisonment stretches on, the harder it is to hold on to hope. For NPR News, I'm Liz Jones in Seattle. Transcript provided by NPR, Copyright NPR. 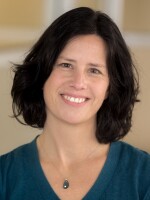