Musician Brenden Steffens has little free time outside of his astronomy and planetary science studies, but a few months ago, he released his first album, The Outer Planets.

The Outer Planets is a solo, instrumental album, with spacey electronic tunes for each of the 'outer' planets, beginning with Earth's moon and moving outward. The album is roughly meant to depict a future traveler leaving Earth for the edges of the solar system. Real astronomical data collected from NASA spacecraft are even featured on the album.

Join us Sunday April 24th at 9:00 p.m. for an interview with Brenden on Future Echoes on WFIT 89.5 FM and streaming at WFIT.org. 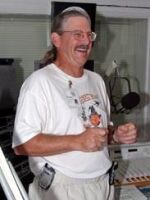