Sybil Gage is by far one of the area's best singers. With a musical sophistication not exactly common, her expressions of her influences come through in her music, both obvious and wonderfully nuanced.

From each of her stops in life, Chicago, New York, as well as her origins, New Orleans, she absorbed the sounds, the beating pulses, and the breadth of the musical environments by which she was surrounded. As she made clear to me, these influences and sounds were the water and breath that informed her musical soul and influenced her songwriting.

Join me, The Sandman, to hear my conversation with Sybil about the influences, and about the songs you'll hear when we sat down for PrivateRadio. 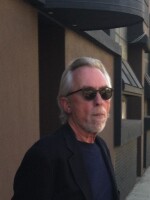 Sandman
Sandman has spent a lifetime attending concerts including many in other countries.
See stories by Sandman