The shock waves of the Arab Spring continue to reshape countries like Egypt and Syria. But the kingdom of Saudi Arabia remains largely unaffected. King Abdullah and the Saudi ruling family are in firm control of the country's massive oil wealth and Islam's two holiest sites — Mecca and Medina.

Yet change seems to be on everyone's mind. In a country known for its restrictions, many people here are speaking openly about the need for democratic changes — things like an elected parliament, a transparent regulatory system and women's rights to vote and drive cars — which they cannot do now.

Over the past two weeks, I've interviewed dissidents and billionaires, women, intellectuals, college students, young bloggers and even poor Saudis.

Some spoke freely. Others didn't want their names used. Nearly all expressed hope and frustration about a transformation in Saudi Arabia that they feel is inevitable, and that — in very small ways — has already begun.

The government is relaxing formerly strict rules on men and women mingling in public.

A ban on young men in shopping malls has been lifted, prompting scenes of young Saudis prowling the air-conditioned corridors and directing furtive glances toward the opposite sex. There's no conversation or hand-holding. But the proximity of mixed genders alone is considered a victory by those seeking change.

Earlier this month, King Abdullah fired a prominent cleric and adviser who was an outspoken opponent of more liberal policies concerning women.

The kingdom has also opened up more avenues for women to work. There are female teachers and doctors. Just last year, lingerie stores were staffed only by men. Now, by government decree, female salesclerks work there. Cosmetic shops are next — that change comes this summer.

The Modern And The Medieval

From a Western perspective, the steps are small. International human rights groups rank Saudi Arabia as one of the world's least democratic countries. While it has all the hallmarks of a modern society rising from the desert — soaring glass skyscrapers, superhighways, impressive schools and Starbucks — in many ways it remains medieval.

The culture's conservative interpretation of Islam places women in a subservient role in society and the workplace. Political prisoners and torture are part of the penal system, according to human rights groups. All people are governed by royal decree and a thick bureaucracy laden with a degree of corruption. The religious police — the mutawa —continue to patrol streets and shopping malls, vigilant against any perceived infraction of Islamic laws.

One night during my visit in Saudi Arabia, a mutawaapproached our female translator in a Riyadh shopping mall to reproach her because a few strands of her hair were peeking out from her black headscarf.

But many Saudis think the game-changer is — and will be — the effects of social media. Twitter, Facebook and YouTube have meant that men and women can mingle online.

On the Internet, like-minded Saudis can discuss common issues of concern to them.

"We are at the point of no return," Prince Alwaleed bin Talal says of the openness and movement toward reform. He's not part of the government but is among the wealthiest of Saudi businessmen and is an outspoken advocate for change.

It's The Economy, Stupid

One of the biggest concerns will sound familiar to many Americans. As the old saying in U.S. politics goes, it's the economy, stupid.

Saudi Arabia has a huge problem. Nearly 70 percent of its population is age 30 or younger. The government has 1.2 million Saudis on its unemployment rolls.

Saudis tend to be highly educated, and expectations are high. The country's oil wealth allows tens of thousands of Saudis to leave every year to study for free in the U.S. and Europe. They return with advanced degrees and high expectations to become lawyers and doctors and business executives. And there just aren't enough of those high-end jobs to go around.

But change doesn't come easy to a place like this. Many believe it will take decades. The aging king is reform-minded, but is said to be wary of a backlash by Islamic conservatives and opposition within his own royal family if he moves too fast.

Attempts last year to organize public demonstrations in support of women driving largely fizzled. One woman who drove was arrested and sentenced to lashings before she was pardoned and released.

At about the same time, King Abdullah issued an edict that will allow women to vote and run for office in future municipal elections and to serve as voting members on the Shura Council, a national body that advises the government and helps write laws — think of the House or Senate, but with much less power and influence.

"It's a very good thing. Putting a woman in a position of decision-making is very important," said Maha Almuneef, a female pediatrician and a currently nonvoting consultant to the Shura Council.

She runs a national program, created in recent years with the blessing of the king, to prevent violence against women and children in the home.

Almuneef sees progress in her country and hopes it will continue. Westerners, she says, want change here to come faster, but Saudis need to find their own pace. "You would say what's the big deal about young men being allowed into the malls? But to us it is a big deal," she said.

Most of the people I spoke with said they are proud of their country and the royal family. Change needs to be "evolutionary, not revolutionary," many people told me.

The ideal solution for the future would be a representative government that preserves the royal court, they said.

"When you have so many fires in your house, it boils down to one problem. It's a political problem. We need an elected government, we need an elected Shura Council and ultimately a constitutional monarchy," said blogger Ahmad Bagadood.

Well-meaning and qualified elected representatives, he said, "would reflect the people's needs and wants. And that would solve everything."

Chuck Holmes is supervising editor of NPR's Morning Edition. He traveled to Saudi Arabia as a fellow with the International Reporting Project at Johns Hopkins University's School for Advanced International Studies. 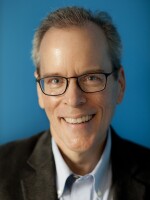