There used to be two paths, the old way and rock & roll. Now there is an entire genre for each Listener, things have fractionalized into a million musical splinters. Whether motivated by money, fame or the need to explore, the music keeps coming, traditional and transgression, with no end in sight. Since someone has to win, the Host presents the most valued elements extruded from this year's packaged products. Breaking Acid Test down to its prime segments;

Please refer to the following 2022 Acid Test Results abstracts as you enjoy the Best Albums of '22 on the Spotify playlist below.

Journeyman feelings-merchant Brian Eno would like for us to save the planet, while we can. Are you listening? Among all the luscious soundtracks and audio atmospheres released this year ForeverAndEverNoMore is definitive Ambient. And he couldn't resist singing.

The Host is always on the lookout for lullabies. Go To Sleep My Darling Baby is a wonderful start with The A's and thoroughly charming covering Olive Oil on Nilsson's He Need's Me and a comedic Why I'm Grieving. Old friends Amelia Meath of Sylvan Esso and Alexandra Sauser-Monnig from Daughter of Swords contributing beyond expectation to the Songs category, the duo's debut album FRUIT is bursting with sentimental quirk. Check out their Tiny Desk here.

After a series of EPs, Jockstrap has a full blown album out that finds weird gaps between the familiar. I Love You Jennifer B is all encompassing, influences spread across genres. Full of the complex and indefinable, thematic imagery, narrative movement, evolving melodies, complex arrangements thus finding their prints all over the crime scene. In novel Songs like Concrete Over Water, nothing but swirling reminiscence and regret. Their industry dance drama Greatest Hits has a reprise later in Move. If there had been more time they would have popped up again in the alt and Hard Landing segments. One hell of a debut.

Andrew Bird's simplicity is comfort in the shade. He considers the Fixed Positions from isolation and later offering multiple perspectives of mortality in Eight. Make a Picture in all its purity has Songs as its focus. The producer, Mike Viola supports the whistling storyteller's violin, channeling It's a Beautiful Day. So '68 and so now. This is where that songs-that-paint-the-soundtrack-of-our-lives" comfort zone is today.

The Song is elemental but not as lonely as it may portray itself. There's always solace in a dancefloor companion. Hiding from a bad day or celebrating your shine its best to Move. Trombone Shorty is assisted to the heights in What It Takes and stretching out further down the playlist, the title track Lifted rocks NOLA mojo to the ground.

Grammy nominated, West Palm Beach based, Sofi Tuckker are single minded Sophie Hawley-Weld and Tucker Halpern, fixed on making you Move. They have traveled in that pursuit sampling Tom's Diner for Summer In New York slick as a chamber of commerce advertisement and collaborating virtually with Malians Amadou & Mariam. Sung in Portugese, Bambara and French, Mon Cheri the urge to move simmering 'round the World. The album is a concentrated groove.

Ry Cooder & Taj Mahal replicate Sonny Terry & Brownie McGhee 1952 Folkways album Get on Board. They know the material down and they have the sound covered. The living room vibe on Hooray Hooray and the rockin' gospel of Packing Up Getting Ready to Go are infectious and authenic. A couple old timers paying tribute to the heroes of their youth, Retro as you can get.

Elvis Costello & The Imposters resurrect the Retro Elvis of the 70's. The pounding, and the poetic introspection woven this time with a measured urgency the early Elvis struggled to contain. Magnificent Hurt and Farewell  OK are an auspicious slice of The Boy Named If are presented for the Listener's consideration. 44 years and 32 albums have mellowed the man but smell of smoldering relevance lingers.

Dry Cleaning cascades lyrical one liner talk rock onto sonic textures chilled and jammed. Expressionist sound design behind the sad Icebergs tale of obstructionist romance. Then Anna Calls From The Arctic finds our heroine leaning into the groove and decadent wealth. Working on different levels, the band challenges you to ignore the hypnotic voice and fall into the rolling waves.

Lucifer on the Moon is Adrian Sherwood Reconstructions smoothing out the alt roughness of Spoon's Lucifer On The Sofa. The striped down rock ethic that pops over radios the last half century insists on authenticity and Spoon delivered. Overly cautious or enjoying the forced isolation Spoon carved out time for a full up, reordered Dub remix. As the headphones come out, Space Echo kicks in and lush arrangements replace the high school garage fuzz of Spoon's current FM earworms re-experience, go Wild and On The Radio.

Arkells are all over the place and collaborating on the follow-up to 2021’s Blink Once. Blink Twice is a hot hooks and riff rock shopping spree. Along for the ride are Cold War Kids, Teagan & Sara and more. Making the list, Human Being finds itself searching for the unconventional. Fellow Canadian Joel Plaskett lends guitar licks to the bar band power pop of Something's Gotta Give. A well rounded offering that shoots sparks.

The Host needn't elaborate on Machine Gun Kelly, that's what the internet is for. Mainstream Sellout elevates the genre with precise production and introspection. The second collaborative project with drummer and producer Travis Barker is the scene stripped bare, exposed and left in ruins. Painted in the primary colors of sex drugs and rock n roll, of the few cuts that might slip past the censor while retaining meaning on offer here, Maybe and the title cut Mainstream Sellout scratch the façade quite sufficiently.

Genre hopping through previous Muse musical personas in rebellious response to a corporate request for compiled hits, Muse were inspired to stage a modern Les Misérables and the result is the Will Of The People. Issued to the aristocracy as a limited release NFT and through other more popular formats for the masses. The theatricality of Will Of The People and Verona saturates the album with the urge to push obstacles out of your way.

Fousheé arrives like a flying saucer that goes to 11. Give her what she wants or she'll take it. Her punk rage, ravished lust, and relentless angst modulate with R&B infused EDM. It’s the edge that works here in spite of Fousheé dynamic vocal range. Die and Simmer Down ooze with linear attitude. The self-awareness of this generation of punks seems less likely to leave them face down at checkout time at the Chelsea Hotel.

Through the year Acid Test executes a weekly paradigm shift for you, the Listener. Relive the a Acid Tested Best Albums of '22 trauma on the Spotify playlist below and live Thursday December 29th at 10PM, nowhere but WFiT 89.5 FM and WFiT.org

Lights out, buds in, this is Acid Test... 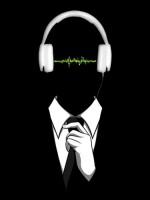 The Host
The Host performs Acid Test without a net, Thursdays at 10PM. focusing on different music ranging from ambient soundscapes to bone crunching rock. Nothing is too far out musically
See stories by The Host