The First Amendment to the US Constitution bans restricting free exercise of religion, freedom of speech and peacefully assembling or petitioning. Many U.S. college students learn about the first amendment, but never experience life without it. Imagine not being allowed to choose what you eat for lunch, not being able to freely congregate with your friends or being forced to limit your conversations to only approved topics.

Members of Florida Tech’s Student paper, The Crimson, wanted students to understand the significance of the first amendment and to demonstrate it. They hosted an event, Live Free or Eat Free. Dr. Ted Petersen, an adviser for The Crimson and a communication professor, co-hosted the event while playing a key role as the nations “dictator”. This on-campus event had participating students sign away their first amendment for a free lunch but they did not have a choice in what they received at the lunch.

Free food sounded like a great idea to some students but once they realized the repercussions of signing away their rights, they began to have second thoughts. Many students became frustrated and began to scheme of ways to rebel. Ideas ranged from jail protesting with signs to forging a letter from the almighty ruler Dr. Ted Petersen.

“It’s not just what you say, but what you do; how you dress; what you eat; which direction you comb your hair.” said entertainment editor of The Crimson, Heather Macy.

The student body now has a better understanding of the first amendment thanks to the Florida Tech Crimson. 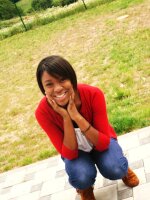 Tia Williams
High school was the first time that Tia was exposed to the world of radio after working alongside radio host Demarrio Spence at AFN Europe in Ramstein, Germany for a semester. Soon after working at the station, radio became an interest for her and she wanted to know more about not only what happens on air but also what happens when the microphones go off.
See stories by Tia Williams